So, I wanted to write an article about movies that people probably haven’t seen over the past year.It was the Oscars last night and there was a lot that I felt was missed that they didn’t have hope to cover. I really feel like film is in a good spot right now and there’s just so many things that are worth watching. I don’t know if I’m just paying attention more or if the fact that film is a lot more readily available makes it seem this way, or if film is just in the beginning of a golden period that we’re going to talk about for years to come. What I do know is that there is such a vast world of film out there and most people, even people who love film, confine themselves to a a very specific type, so here’s some good ones to watch to fill in that gap.

Sing Street is a simple story of some high school students wanting to start a band, made by John Carney, the soulful director of one of my favourite films, Once. These kids are so impressionable. One second they’re dressed in funny clothing, captured through the 80s pop lens of Duran Duran, the next they’re The cure. We take in the things we love and shoot forward like an arrow, pointed towards our hope and dreams. I don’t want to get anyone mad here but thematically a lot of this film is very similar to La La Land, but by having the location be set in 1980s Dublin, the movie becomes something else entirely. It’s people stuck in a society of decline and how art can give us hope and protect us from the outside world, and give us an outlet for our feelings. How not following through with your dreams can eat away at a person. That art is worth fighting for. You could call it naive or saccharine, it definitely sounds like it, but the characters are interesting and have depth and the music is great and the film is filled with such warmth and love of music and art that it would be hard not to get behind it. Art influences life and life influences art and I’m damn glad this film exists.

What a beautiful movie this is. One part road trip movie, one part coming of age story, it tells the tale of people who have fallen through the cracks of society. But it tells the story with such an understanding hand. It’s crafted with such deftness. Everyone in this film is rich in detail, it doesn’t just cast them away as terrible people just because they’re not a part of normalcy. They’re travelling salesmen, the type of people who annoy you when they come to your door, and you’ll do anything to get them to go away. You don’t want to see a part of their lives. But they have value. They sit in their van, singing the same couple of songs, repeating the same mantras. It’s like a cult, a direction for people who go places physically but don’t know where they’re going emotionally. This movie moves and roams like the road, stretching endlessly but changing direction ever slowly. They move through the mid west like a breeze, seeing everything from extreme wealth to extreme poverty. There’s an inherent tension here, a kind of low level terror to the things that lie under the surface. But the truth is that things that are broken can still be good, and that can be applied to people and cultures and even a country. Andrea Arnold hit it out of the park. 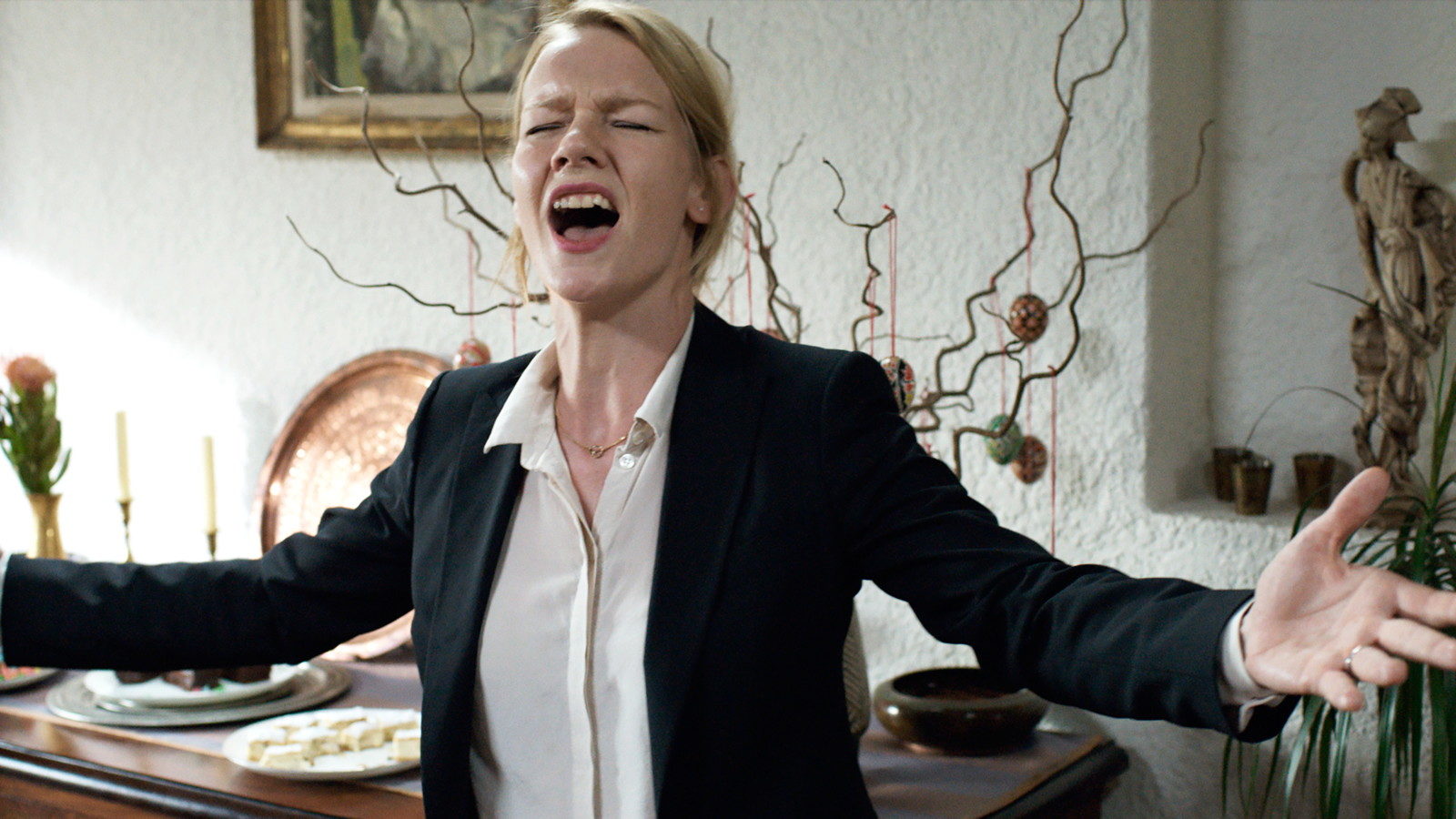 I haven’t been able to stop thinking about this movie since I first saw it. It’s awkward and sidesplittlingly funny and also sad and contemplative. This movie feels like the shortest three hours you could ever spend in a cinema.The story is about a businesswoman and her father who comes to visit her in Bucharest. He sees she’s unhappy and resolves to become a part of her life. But you see, he isn’t exactly ordinary and he doesn’t tackle the problem in a normal way. He dresses up in a wig and goofy teeth and basically follows her around, pretending to be a lifecoach for her boss. It sounds like the premise of a 30 minute sitcom episode but here it works so well, because it’s actually about office power dynamics and globalization and caring about what people think about you to the point where it cripples you into inaction. I’ll stop there because I could go on all day about this film and I probably will write about it in the future.

Whenever I see this film referred to, they refer to it as the farting corpse movie. That’s the narrative that took hold after it aired at Sundance in Janurary 2016. I’ve seen a lot of people want to reject this premise because it’s really good and says a lot of interesting things but I don’t think that’s right. It is about a farting corpse and it’s proud of its lowbrow premise and its silly jokes. It’s a film that states that you can tell a rich and interesting story about loneliness and the line between truth and fiction and also have really dumb fart jokes. It’s a truly wonderful and fun experience. It’s acted with such conviction and seriousness, these outsiders with no real place in normal society. It’s only until they brush up against reality that the fantasy begins to crash down and the true pathos of the story comes into play. 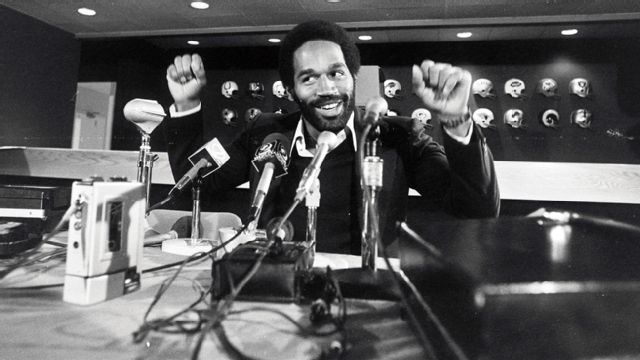 O.J.: Made in America

I know it’s 5 hours long but it needs to be this long. The case is just that complex and it has the capability of saying so much. I think it’s interesting that I came into this knowing absolutely nothing about the man yet still I was drawn to this story so completely. It engrossed the entire American public and you can see why. There’s something about this that is so universal. It’s a truly epic story of the rise and fall of a man, and the length adds all the broader cultural context which of race, sport, politics that have defined his life so much. He’s a man with such personal charisma it makes everything about this case feel more spectacular. I know this won the Oscar but everyone always ignores the documentary category, which you really shouldn’t. This goes for every other year too.

Honestly I don’t like biopics very much, at least most of the time. They find themselves trying to tell too much of a story that doesn’t have any focus or any story beats that make drama work or any unified themes. Jackie doesn’t have this problem. It tells a story over quite a short amount of time after the death of Jackie Kennedy’s husband, JFK. It’s a wonderful film about the crushing weight of a public spotlight, of hiding your emotions for the camera because of expectations. Being forced to always be that woman of class and grace that we think of when we think of The First Lady of The United States. But the film catches her, right in the center of the frame, where there’s nowhere to hide. There’s such grief here and the film makes you feel it deeply. Plus the production values on display here are really great. The score by Mica Levi is just great and I feel as a director, Pablo Larrain has an interesting future.

An Indian courtroom drama about the attempted rape of a woman and her right to defend herself. This is a message movie, a message to everyone in the world that no means no. It doesn’t matter how much further a person is above you in the social ladder, there’s some things that cannot be tolerated in a modern society as a baseline of who we want to be.  It’s a film that digs deep into the institutionalized problems with the Indian judicial system but never feels trite or preachy. These are people that are angry but they’re angry for a reason and Amitabh Bachchan puts in a really strong performance as the lawyer that fights for the defendants. I was hooked for the entire runtime.

Okay finally, I’m just going to get out of here with a super quick lightning round because who wants to read a wall of text about every single movie. Don’t think any less of these movies, they’re just the films that I had less to write about. All of these movies are great:

The Nice Guys: This movie is insanely funny and Shane Black is a genius. Ryan Gosling is actually a really good comedic actor, who would have known? It’s like an old detective thriller made new and you’ll have a ball of a time.

Everybody Wants Some: A movie about positive masculinity from Richard Linklater. There’s no existential dilemmas to be had here, just a hang out movie with a lot to say about men and they way we interact with each other.

The Edge of Seventeen: One of the best teen movies this side of the millenium, Hailee Steinfeld plays a depressed teen on the cusp of adulthood. It’s witty and interesting and full of things that cut to the heart of what it’s like being a kid.

Silence: My feelings on this would take a long time to explain but basically I feel like this film doesn’t hold your hand, it doesn’t give you a packaged moral of “Here’s what you should think” at the end of it, and it makes his films quite complex. It took me awhile after seeing the film to really understand what it was aiming for, but I thought about it a lot. I’d actually just prefer if you read these pieces by Jen Yamoto and Film Crit Hulk . They’re much smarter than I am.

Train to Busan: This film is just awesome. If you want to have an absolute blast of a time with a film about some zombies on a train then this is the film for you. It’s inventive and interesting, probably the best zombie movie since Shaun of the Dead.

Three: This Hong Kong action film by legend Johnnie To is really fun. I hesitate to say it’s a great film but it’s a great example of a one location film that uses the geography of the room to its greatest advantage. It also has the most impressive long shot that I’ve ever seen in a movie. I honestly can’t think of anything that tops it. You’ll know it when you see it.